Today’s episode of Floor is Rising podcast interviews guest and NFT Boxes co-founder Carlini8. We’ll discuss the growth of NFT Boxes, as well as other NFT-related stuff. Here’s a quick recap of the episode:

How Did Carlini Get Into NFTs?

Carlini entered the world of non-fungible tokens via Crypto Kitties during their initial explosion. However, Crypto Punks were already established NFTs at the time, with few prominent claimers, while some people had Moon Cats.

To give perspective to the massive growth of Crypto Kitties, their community had grown so massive over the initial 28 days that it took Crypto Punks’ community, which was very active, nearly six months to reach the same number of messages on Discord.

Carlini actually bought his first Crypto Kitties whilst in a hospital, accompanying his pregnant wife, who had to stay the night. Unable to sleep and aimlessly browsing, Carlini stumbled upon trending sales of Crypto Kitties. He was previously involved in cryptocurrencies, having mined Bitcoin, and purchasing several ETH coins, so he started buying and breeding Cats ever since.

Carlini actually introduced the legendary NFT collector Pranksy to NFTs, primarily Crypto Kitties. Ideas were exchanged on the mutual Discord channel between Carlini, Pranksy, and several other channel members, though initially, nothing would come of those ideas.

However, they started discussing the idea of NFT Boxes and whether or not to build them. Carlini took it upon himself to build them and get them to work, but Pranksy would act as an artist’s contact and salesman. According to Carlini, Pranksy could sell almost just about anything at the time, given the relative freshness of the NFT marketplace and the absence of bigger names from the “outside world.”

For those that aren’t familiar with the topic, NFT Boxes are monthly boxes containing expertly curated NFT arts from Pranksy, all secured on the Ethereum blockchain. At the time of inception, NFTs still weren’t as popular, and with no outside competition, Pranksy was the biggest name in the sphere.

Back then, it was simply picking the large fish from a very small pond, and artists like Coldie soon joined up. The main idea behind the NFT loot boxes was for them to contain approximately 10 NFT art pieces inside a single NFT Collection box. Each box would have a headline artist featuring one piece, and the curation of the other nine was Pranksy’s responsibility.

However, Coldie suggested that he’d curate the artists for his own box, wanting to find the Opensea artists that would best fit his style and thus “the style” of the box. This was all before Gary Vee and Logan Paul brought in tons of people into NFTs.

NFT Boxes had a good start, but its innovators found their difference, and Carlini offered Pranky a buyout — in other words, Pranksy would buy out Carlini’s 50% of the business. The reason behind this was Carlini desired to add to the business value of the boxes, while Pranky sought to improve the quality of the NFT digital collectibles found in their NFT mystery boxes.

What Makes an NFT Valuable? 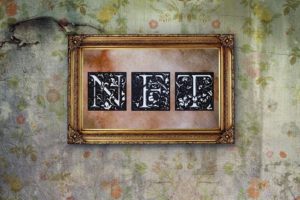 Carlini believes that NFTs can be so many different things, not akin to “art versus community,” but just two different ways to use a piece of paper. However, he admits that art was never his thing, he just understood how the prices functioned, and for him, the real appeal of everything NFT-related was collecting stuff and getting rid of the middle-man.

Listen to the entire episode on the Floor Is Rising podcast if you want to hear more about the Growth of NFT Boxes and Carlini8’s Purrnelope’s Country Club project.